In the four years collaborating with the luxury car brand Lexus, we have had the opportunity to work on multiple innovation and digital transformation projects. But the biggest challenge would not come until 2018, when we had the opportunity to design and develop a conversational technology bot on Facebook Messenger for the brand.

Lexus’ goal was to increase the number of test drive bookings for its different vehicles through digital channels, and challenged us to come up with new digital strategies that were groundbreaking and innovative to achieve this.

Test drives are a vital part of the car buying journey, now more than ever. A few years ago a buyer would test drive two or three cars before marking a purchase. Today the majority of research and evaluation is online, and the buyer will test drive just one car to validate their decision.

Create a unique and personalized online experience for users that will increase lead generation and, consequently, sales.

Creativity as an innovation lever.

To shorten the test drive booking journey we designed a Messenger bot to enable customers to book a test drive with their local Lexus dealership without leaving the Messenger ecosystem.

Featuring a seamless experience taking users on a journey from awareness to consideration, giving them the freedom to explore the Lexus SUV range before choosing to book a test drive. By tailoring the content to user needs and allowing them to navigate their own way through the bot, provide buyers with the most relevant information and choices, and shorten the journey to test drive. 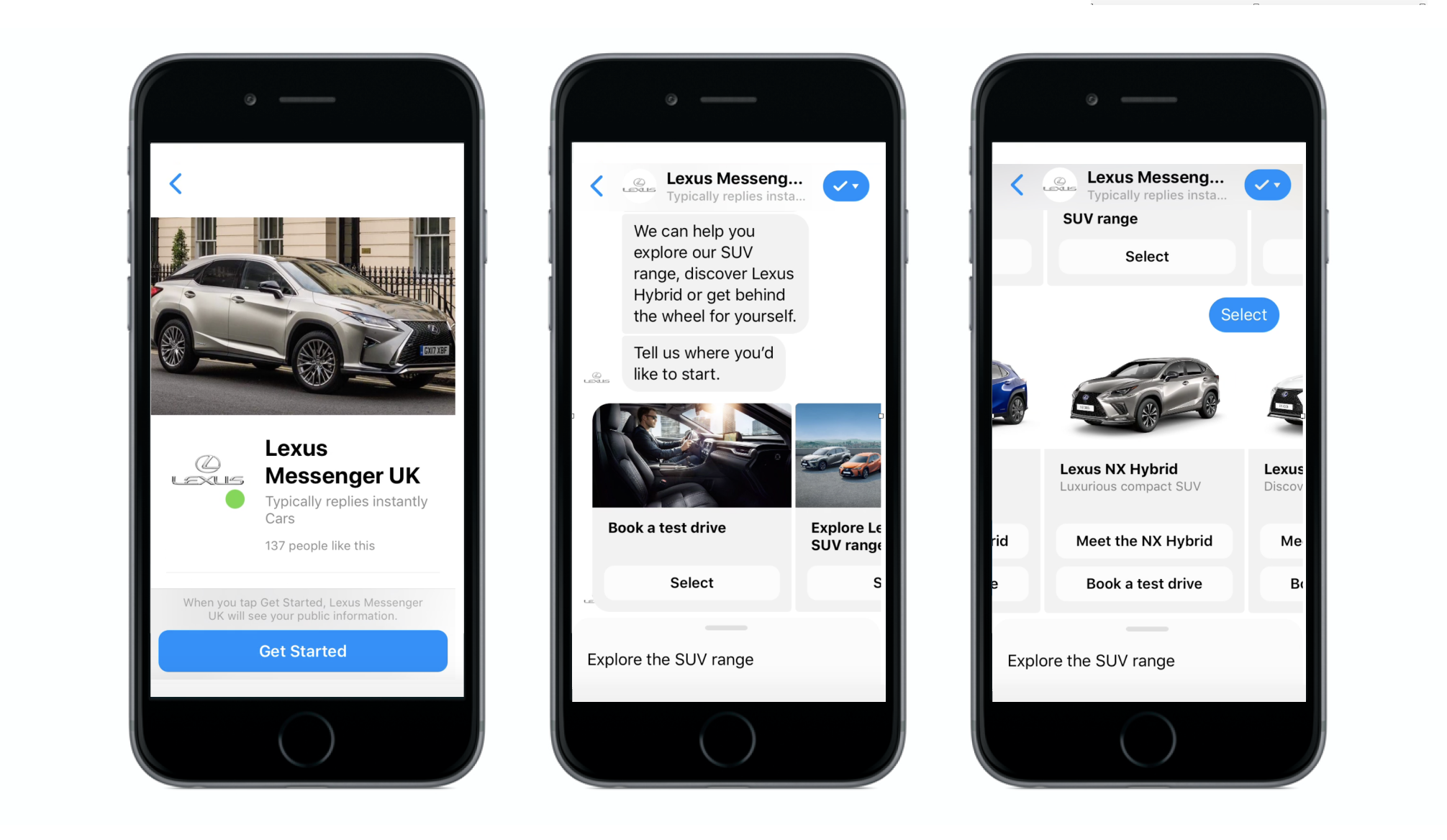 A radical improvement in customer knowledge and touch points allowed us to increase conversions.

We rolled out the bot in two stages. Initially, we ran a 3-month pilot involving 3 Lexus dealerships in the Greater London area. The bot was supported by a geo-targeted ad campaign, targeting Lexus affinity audiences and those new to the Lexus brand.

The pilot delivered a 6x increase in the conversion rate of test drive bookings vs. traditional digital journeys and 30% of the traffic to the bot was new to Lexus, representing a conquest audience that was exploring the Lexus range for the first time. Following the success of the initial pilot, we rolled out the bot to all 45 Lexus dealerships across the UK.

Through the development of the bot, we were able to create a unique experience that allowed users to make the decision to get behind the wheel of a Lexus without ever leaving Messenger. 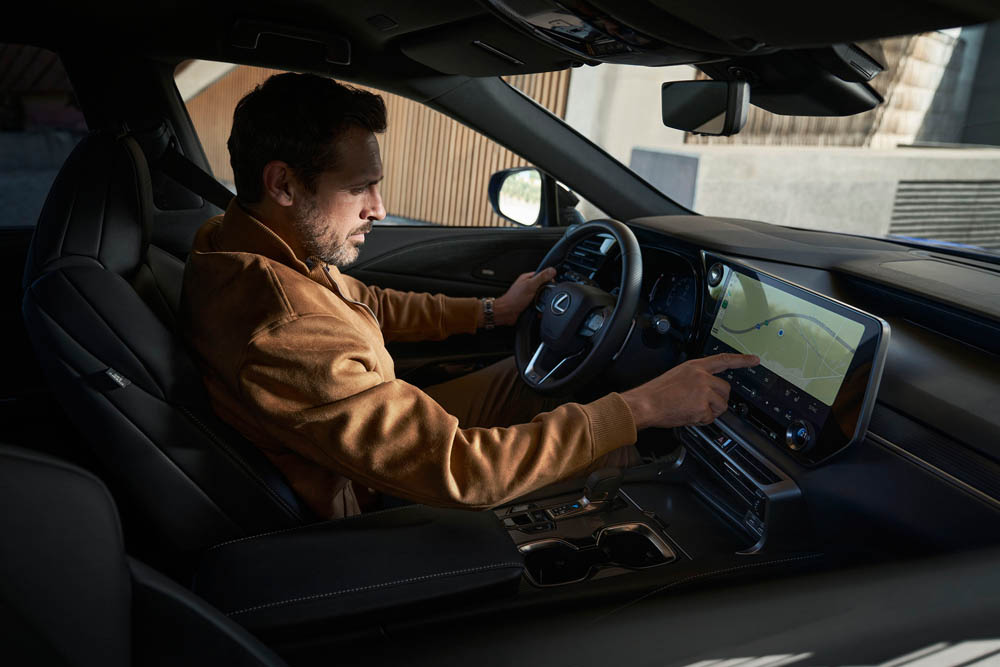 We demonstrate how even traditional sectors such as the automotive industry can rely on innovation through digital channels to increase brand visibility, lead generation and conversions. 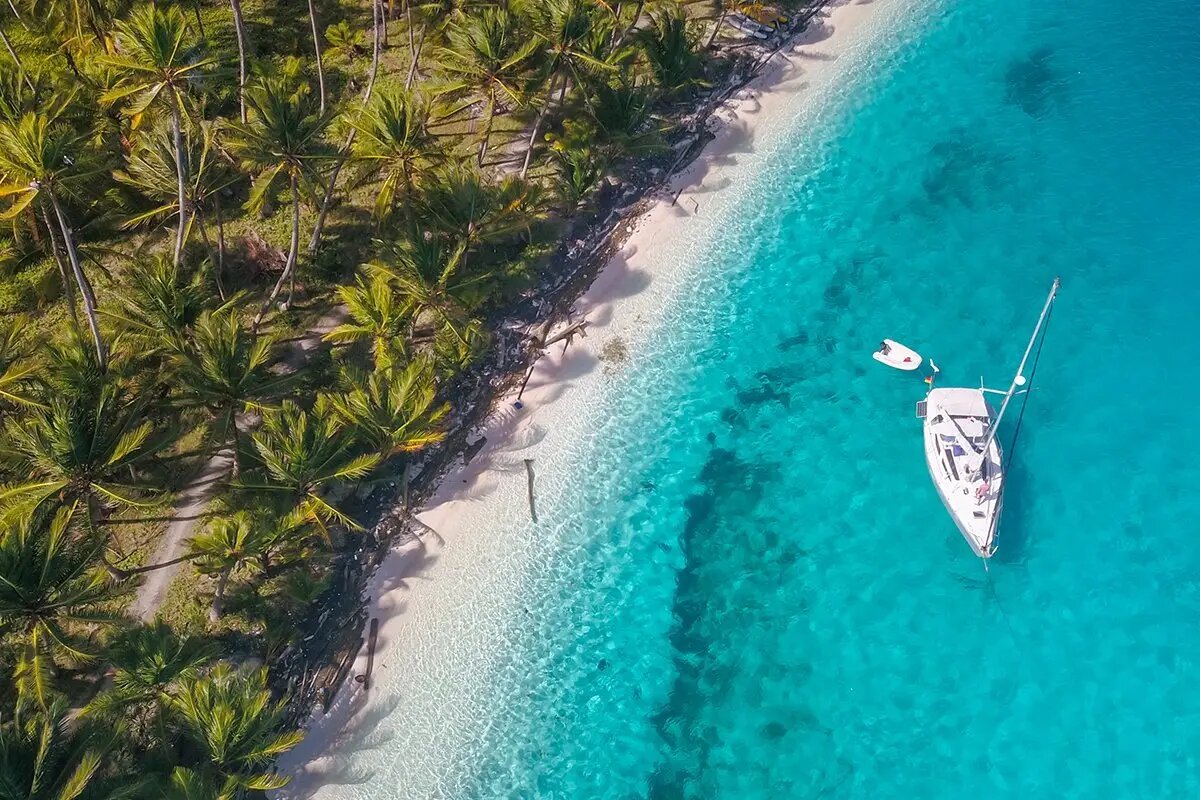 Creating a premium brand from scratch. 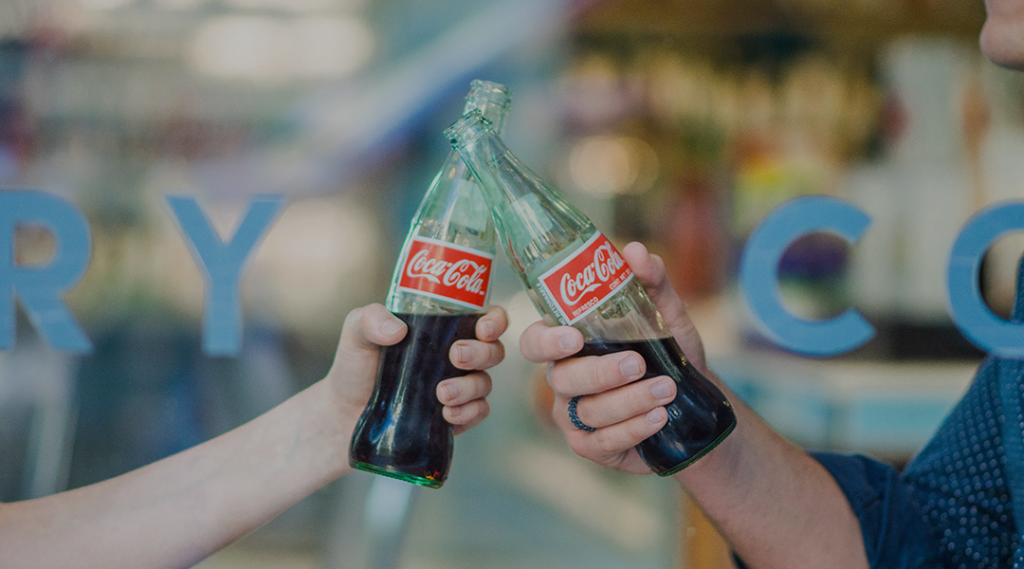 Building a community to transmit the brand's essence.